You are here: Home / Featured / Positioning – How to Reposition Your Competition 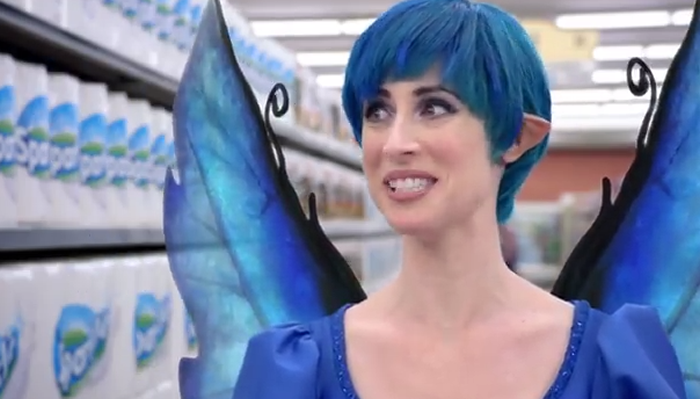 What’s your company’s “positioning” in the market? If it’s not where you’d like, then this article will give you a completely different perspective on positioning, and how you can use it to your advantage.

Let’s start with a few questions:

But don’t feel bad. Companies spend BILLIONS of dollars to condition consumers to associate their brand or products as the default “Go To” standard.

But in an age where corporate competition is fierce, ad agencies have to go one step further, because branding doesn’t happen without proper positioning.

Positioning is a concept in marketing which was first introduced by Jack Trout ( “Industrial Marketing” Magazine – June/1969) and then popularized by Al Ries and Jack Trout in their bestseller book “Positioning – The Battle for Your Mind.” (McGraw-Hill 1981)

Wikipedia says that “Effective Brand Positioning” is contingent upon identifying and communicating a brand’s uniqueness, differentiation and verifiable value.

2. Understanding how each competitor is positioning their business today. (e.g. claiming to be the fastest, cheapest, largest, the #1 provider, etc.)

3. Documenting the provider’s own positioning as it exists today.

4. Comparing the company’s positioning to its competitors’ to identify viable areas for differentiation.

6. Creating a positioning statement with key messages and customer value propositions used for communications development across the organization.

What this all means really, is that positioning is about building a “belief” in the consumers mind.

The “belief” that your company or product is better than everyone else’s, that it is the obvious solution to their problem, that it’s a better value or better deal, etc.

And it works because once someone establishes a “well ingrained belief“, it becomes part of their identity and as such anything that you say or do that’s contrary to their belief system will be rejected.

So if your competitor has already established their position as “superior” in the minds of the general public, you are always going to be playing catch-up.

However, belief is a funny thing.

The concept of belief is actually an intangible idea, but if we were to put it into concrete terms, you could think of belief as a bar stool or chair.

Each leg of the stool reinforces the belief and stabilizes it. A stool with three legs is sturdy, a stool with four legs is rock solid.

Using the analogy of a belief being like a bar stool, ask yourself how strong would a belief be if it only had two legs?

Would it be easier to knock that belief over?

Big ad agencies realized this not too long ago and began to shift their advertising tactics for their clients.

Now instead of trying to position their client as “the best” very often you see them trying to “knock the legs off the stool” of their clients competition.

Let me give you my very favorite example of this re-positioning tactic.

Everyone is familiar with Bounty paper towels right?.

Kimberly-Clark, the maker of Bounty has spent decades and hundreds of millions of dollars to position Bounty paper towels as “The strongest paper towel you can buy.”

They’ve created dozens of commercials over the years demonstrating how strong their paper towels are, and why they’re worth the premium price they charge.

And for years they dominated the market.

But then in an absolutely brilliant one sentence question, the makers of Sparkle paper towels completely and utterly destroy Bounties superior and expensive positioning.

Watch this video and you’ll see what I mean:

Did you catch it?

What this ad campaign did was to get the public to question the superior positioning that Bounty enjoyed.

And they did it using a very simple psychological trick. They posed a question for which they already knew how you would answer.

When you saw the Sparkle commercial, I absolutely guarantee that you repeated the question and then answered in your head, “No I do not need a paper towel that can hold a bowling ball. Duh!”

Then, the magic happened.

“Then why am I paying so much more for Bounty paper towels?!”

This Sparkle commercial is absolutely brilliant on so many levels, and here’s why:

# 1  Sparkle got you to question your belief about the “superiority” of their competitor.

# 2: Next they got you to answer a question that they already knew the answer to. That question then self-generated a nether question (“Why am I paying more?”)

# 3: Then they’ve positioned Sparkle as the logical solution to the pain & regret you now felt about “paying more” then you should.

On top of that they did it in a rather silly and whimsical way, which totally bypasses any subconscious objections that you might have.

So the question is, how can you use the same strategy against the competitors in your market who have positioned themselves better than you have?

It’s pretty simple actually and here’s how you do it.

Look at your competitors advertising, and pick out what they are focusing on as their strongest point or the “hook” they have built all their advertising around.

Next look at their USP, (Unique Selling Proposition), and see how you can devalue it, see how you can turn it around so that it no longer matters, or better yet so that the prospect now sees it as a disadvantage.

Re-framing their USP so that it seems absurd like Sparkle did is an excellent strategy as it “comes in from the side” so to speak. Sparkle wasn’t going “toe to toe” with Bounty. They just pointed out how ridiculous the Bounty positioning was.

Next put your product or company in front of the prospect immediately after you’ve caused them to doubt their “belief “in the other companies superior positioning.

Here are a few tips to help you get started:

# 1:  Remember nothing you will ever say to your prospects will as be as powerful as the things they say to themselves.

# 4: That answer to that question should automatically generate another internal “Why am I” type follow-up question.

# 5: Then present your product as the logical solution to the internal question they just asked themselves and the pain that their internal answer created.

If you can do that the same way that Sparkle did with their paper towels, you will knock the legs right out from under their existing belief that your competitor is better.